To be honest, I'm not even sure how well inworld classifieds work for service providers.

A long time ago, somewhere, I read about a trick about how to test where your traffic is coming from. You use a different SLURL within your parcel for each type of advertising. Then you set up your traps ... errr, collision sensors, ... and you measure how many people teleport on top of each sensor.

But what if you're advertising a service that doesn't require a place of business? Why add an unnecessary expense when your virtual income is already minimal? If you're using your home as the location, what about your privacy? Why waste the time of potential clients who think that they might find more information in your parcel?

Why does a classified ad even require a location?

On the other hand, classified ads also show you how many people click your profile after viewing your ad. But, if you added a website URL in your ad, they might be going directly there, and the count of outworld clicks is not available to us, if it is measured at all.

There was a time in SL's past when 16sqm parcels by roadsides were priced at incredible markups because people assumed that virtual-world roads got as much traffic as real-world roads. Even now, when mainland parcels are about 1L/sqm, 16sqm parcels by roadsides are still priced like crazy. Maybe they're hoping some newbie could still be convinced that these are valuable for making money by setting up an ad board.

The most ad boards I've seen in a single place are in adult places, and the boards advertise dancers and escorts. Now, those likely work. The traffic is high and relevant, and "impulse buys" are emotionally (or, to be more accurate, "hormonally") induced.

For the same reason, high-traffic venues would also be great for ad boards - bars and dance clubs, roleplay sims, gaming areas. Building traffic is difficult; ask any venue owner. However, even if they've built a large enough tribe, the same people would be seeing your ad over and over.

I had a similar problem when I was renting space at roleplay sims. RP sims tend to be frequented by the same core set of people. The traffic goes up because roleplayers spend most of their time there, but the products are not necessarily getting more exposure.

Also, the ad board becomes part of the scenery after a while, so people stop paying attention to it. Or they've already decided they don't need what you're offering, so, no matter how many times they see your ad, those folks will not likely be customers.

The best places to advertise are those that bring fresh traffic regularly. Grid-wide hunts are great at that, so a store that participates regularly in hunts would be a great place if they have ad boards.

Of course, that's assuming that your ad rezzes fast enough in the lag before the hunters move away. But there's always (slim) hope that they'd see your ad in their peripheral vision as they go looking around for the actual hunt prize. You never know. ;)

Yes, Virginia, you still have to fill out your profile. :)

I've seen a lot of people who have nothing in their profiles, except something like "IM me if you want to know anything about me."

Thankfully, most virtual world service providers know that their profile is their most important marketing asset.

Hack #1: Fill in your profile and stand in a crowd.


Profile "perving" is a very common past-time among people in crowded places, like dance halls, live music events, and popular shops. And don't forget infohubs! A lot of people hang out at infohubs, either voluntarily (because that's where they find cool people to chat with) or involuntarily (because they log in and their previous locations were not available).

So, if you're ever in a crowd or any social situation where people go to make new friends, you can be almost certain your profile would be read. They want to know you as a person, and the skills you possess are part of who you are.

What a way to get free advertising! You just park your avatar in a crowd while you do your laundry irl.

The trick is to know which crowds might be interested in your services. So you'd have to do a bit of research. But you can think of your research as "just hanging out."

If you want to get people's attention so they would actually read your profile, you can also create a role title (aka "group tag") in your own group.

Creating a group in Second Life only costs 100L, and you can create up to 10 roles. It doesn't matter what permissions you give the role, since you're more interested in the role title. Be sure to add yourself to those roles. (You'll need another person to join the group, like a friend or an alt, or else Linden Lab deletes the group in 48 hours.)

Make the group title eye-catching and relevant to whatever service you offer. The most relevant might be the domain name of your website, if you have one. For example, I occasionally use "AvaHyr.com" or "LoveLikeDimSum.com" as a group title.

Fill in your profile anyway, because it serves as your mini-website or as the portal to your full-blown website if you have one.

And if Search returns a gazillion similar names, your profile would confirm that you're the one they're looking for.

Tip: Use your Picks tab and 1st Life tab for additional space.


I (as Opal Lei) personally owned virtual businesses that produced products, not services. I always had land inworld. However, since the Second Life Marketplace came along (and now the Kitely Marketplace), it doesn't really makes sense to own much land anymore. I've noticed that, recently, at least 80% of my sales happen on the web. Maybe even closer to 90%.

(I wonder if Linden Lab knows how much the web Marketplace cannibalized their virtual land sales.)

Creators of home and garden products still need a place to showcase their products though. Most people still like to walk through a house before they purchase it. Same with sellers of animations.

Some wearable designers might also have the same requirement for a different reason. A very large number of variations in products (such as color and style, like hair) would be too unwieldy to sell on the Marketplace. The Marketplace still doesn't allow you to properly sort the products with your own categories (fashion line? summer versus winter? all colors of the same style near each other?), and so customers could get frustrated sifting through the listings. So it's still nicer to browse inworld.

For most service providers, however, it's a different story. Why would you need virtual land just to put up a billboard or a kiosk? How do you effectively advertise your services to a wide audience? So far, service providers have resorted to whatever means of advertising is allowed to them, and I will talk more about these in the next few posts:

I've seen people on Flickr who would put "Accepting clients" next to their display name, but people who join Flickr are mostly photographers themselves. So isn't that like preaching to the choir? Or, in this case, advertising to the competition?

So, in the next few posts, let's talk about what we've all collectively been doing. Or, more accurately, been hacking. 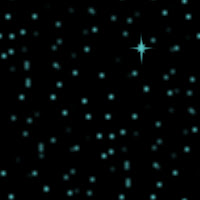 Not too long ago, an ex told me that he was investing 50k Lindens on a "friend"'s business. Second Life is the ideal platform to bootstrap a business with no investment, not even a membership fee. So why does anyone need 50kL for a business?

He explained the service that she would be offering, and he said that the money is for a banner ad on the Second Life Marketplace.

Well, I don't know what banner ads he was talking about. Plus, I had tried offering that service before, and a lot of my friends are more skilled at it than she is. So I told him that her business isn't gonna fly, and he would never see that money again. And, besides, she's targeting the wrong audience, because people go to the Marketplace to look for a product, not a service. (Although, I'm sure there are exceptions.)


So, that problem churned in the back of my head for a while.


The Marketplace made it possible for new content creators to start a business and reach out to a wide audience with minimal investment (just enough to upload textures and mesh objects). Service providers need something like that too.

So, I created AvaHyr. And my goal is to make it the place to search for service providers.


Anyway, my ex and I no longer speak to each other, so I don't know if he actually gave his "friend" the money. He became upset, when I blatantly told him that she was probably just trying to turn him into her sugar daddy.

He thinks I'm just jealous; I think he's an i.... Well, let's just say I mistakenly thought he was smart. ;)

What do you put on your profile?